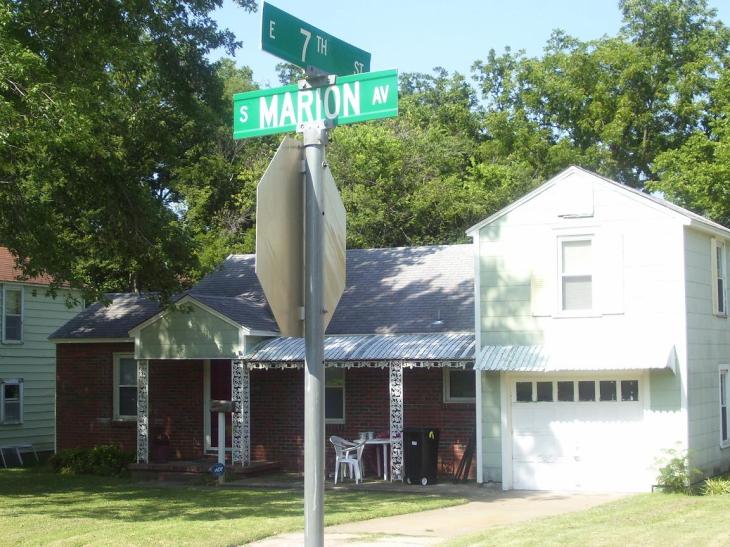 Below is a poem I wrote when I was circa 15 years old, living in the house in this picture in Tulsa, Oklahoma.

Blood On Our Hands

There was a man, he really walked the earth

He was just like us, He had a natural birth

He had feelings He was a natural man

And we’ve all got His blood on our hands

He was a righteous man, never did wrong

The weak found refuge in Him, He was strong

There wasn’t a problem He didn’t understand

And we’ve all got His blood on our hands

The preacher stands proud as though he should

Trying to stand for all that’s good

He claims he stands for God’s commands

But he can’t deny the blood on his hands

The patriarchs and prophets of old

Were Godly men so we are told

It’s really hard for us to understand

These men walked with blood on their hands

Church is a place where good people go

They all feel righteous when there they show

They wonder when their friends will see the light

They tell everyone they’ve been set free

They say “you won’t find no sin in me”

When they all know if God’s grace didn’t show

The church would all stand on murderer’s row

The paupers and the kings in every land

Thos who are wise, those who can’t understand

Are no different, all have blood on their hands

So who dares to stand bold before the throne

Who dares to pick up and throw the first stone

So everyone is equal and even this time

No one’s greater here, we’re all partners in crime.