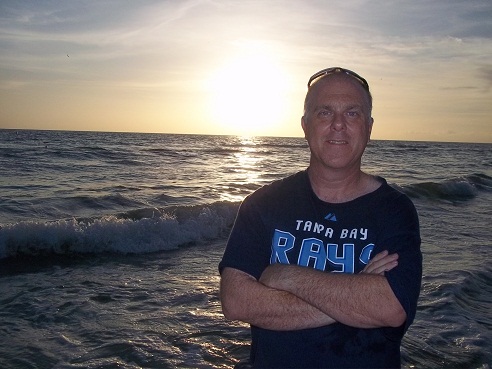 How many legs does a spider have? Eight? Do you really know? I mean have you counted them? In 300 B.C. Aristotle said that spiders had six legs and was classified as an insect. All the world believed him, until finally in the 1400s somebody actually counted and saw they had not six, but eight legs. Aristotle must have been widely respected for no one to question him for 1,700 years. I am sure he was right about a lot of things, but not this time. Finally, somebody counted the legs for themselves instead of just taking Aristotle’s word for it.

I am reminded of a time many years ago when I was still living in Tulsa, Oklahoma. I had a friend Anne, who was a flight instructor at the Spartan Flight School in Tulsa. One Saturday night, she and I decided to rent a small Cessna 152 and take an aerial  tour of the city. As we began, while they were fueling the plane, Anne was checking all the gauges to make sure all systems were go. When she got to the fuel gauge she said, “fuel gauge reads full.” I made a joke that we just watched them fueling the plane so there was no need to check the fuel gauge. Her reply has always stuck with me. “Trust no one,” she said. She was right. As the pilot of our little aircraft, it was her personal responsibility to check all the gauges, including fuel. It was not disrespectful for her to check to make sure the “pit crew” had done their job. It was her responsibility to check things out for herself.

We all have that responsibility as Christians. Paul was not offended at all that the Bereans checked out his preaching to see if it went along with the Scriptures. “Now the Berean Jews were of more noble character than those in Thessalonica, for they received the message with great eagerness and examined the Scriptures every day to see if what Paul said was true.” Acts 17:11 NIV Everyone knew Paul was sincere, but we are all human, right? We can make sincere mistakes. I am sure Aristotle honestly thought spiders had six legs, and it was just an honest mistake on his part, involving no sinister cover up or conspiracy.

As Seventh-day Adventists, we tell our protestant and Catholic friends that they need to read the Bible for themselves, and not take their preacher’s word for it. But how many of us turn around and think, my pastor is an Adventist so I know he is preaching truth? Friends, if the people searched the Scriptures to see if what Paul said was so, how much more should we be searching the Scriptures to see if what our pastor says is so. We are all human. We make mistakes. Making a sincere mistake does not make you  a heretic. It does not mean you are a part of a global sinister conspiracy plot. It just means we are all human. We can’t really on man alone. Like my friend Anne, who checked out things for herself, likewise we must, along with the Bereans, search the Scriptures for ourselves, so that we can each be individually armed in the great controversy.