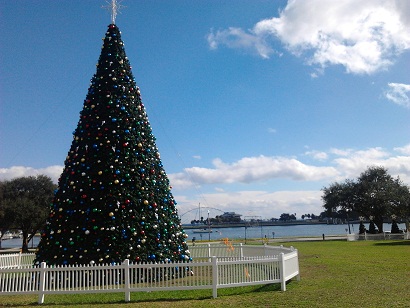 There is a song I remember singing a hundred years ago, when I was a teenager. It went something like this, “I owed a debt I could not pay. He paid a debt He did not owe.” Beautiful song, but not exactly theologically correct if you want to get technical. And no, I do not like to get technical and I guess it may be theologically correct in one way, but in another way, it’s not. You see, fact is, I can pay the debt that I owe myself. Romans 6:23 tells us the wages of sin is death. I can pay for and atone for my sins all by myself with no help from Jesus, by dying. I am eternally grateful though, that Jesus did paid that debt for me! Because fact is, I could not pay the debt and live.

Satan, on the other hand, will have to pay the debt and atone for his sins himself.

“But the goat, on which the lot fell to be the scapegoat, shall be presented alive before the LORD, to make an atonement with him, [and] to let him go for a scapegoat into the wilderness.” Leviticus 16:10

The scapegoat is cast into the wilderness to atone for sin. The scapegoat represents Satan who, after the cleansing of the sanctuary and investigative judgment, has now been blamed for the sin problem. The guilt and responsibility for sin is placed upon the scapegoat who goes off to the wilderness. This represents Satan, after the literal investigative judgment, spending a thousand years after the Second Coming here on earth, as it lies wasted and barren. After a thousand years of considering his great idea to rebel against God’s government and start his own, he will then realize it was not such a great idea after all.

Still, many have trouble with the scapegoat representing Satan. The Seventh-day Adventist church is unique in believing Satan is the scapegoat. Other denominations ask how can Satan bear our sin? Good question! Fact is, he does not bear our sin, he bears his own sin. He shares our guilt when he tempts us to sin. While Jesus died for our guilt, He did not die for Satan’s guilt, so it is still placed upon Satan. Others point out that the word “atonement” is used. How can Satan atone for our sins? Again, he does not atone for our sins, he atones for his own sin by dying an eternal death. You see, often it is said Jesus died for our sins because we could not atone for our own sins, but this is not true. We can atone for our own sins by dying an eternal death. The wages of sin is death and we can pay those wages in full if we so choose. We can atone for our own sin if we want. Satan atones for his own sin and shared guilt in our sins by being the scapegoat sent off to die an eternal death (Revelation 20). The universe will no longer blame God for the sin problem. Ironically, when the sin problem has been done away with, the only trace of sin will be the nail scars in Jesus’ hands. Thus, the only Person who will bear eternally the result of sin will be the only Person who was totally innocent.

The perfect Lamb of God is my Savior for all eternity! Hebrews 7:25 says, “Wherefore he is able also to save them to the uttermost that come unto God by him, seeing he ever liveth to make intercession for them.” My Savior does not live so that He can force angels and humanity to worship Him and sing His praises. He does not live so that He can be a tyrant and boss everybody around. Once the sanctuary is cleansed, and guilt is put in its proper place, it will be seen that the Son of God lives to make intercession for sinners. We will be able to look as far in the past as eternity goes and as far into the future as eternity goes, and see that Jesus lives for one reason; to be our Savior!

You can study this week’s SS lesson here. You can download the SS lessons to your phone here.