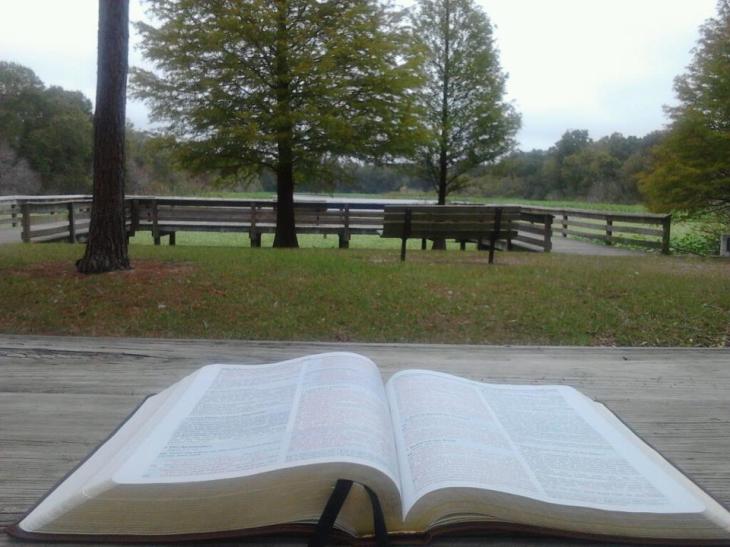 One Friday morning, I was helping a friend get their house “presentable” to have a group of Bible study students over for Sabbath afternoon. I was pulling weeds in their flower bed near their front door, when I got a little carried away, and found in my hands, not a clump of ugly weeds like I was suppose to have, but instead, before I could stop my over zealous hands,I realized I had just murdered a totally beautiful and innocent begonia! I snapped it before the root and there was no way now I could save it. In my mind I could hear Jesus telling me,

“See why I don’t let you go pulling weeds in my church? You can’t tell a beautiful begonia from a weed. There is no way I am going to let you destroy a totally innocent member of My church, just because you think they are a heretic. I will do My own weeding thank you. I can tell a weed from a begonia. Obviously you can’t.”

I am going to cut straight to the chase. I have become very concerned lately how easily the word “apostasy” gets thrown around Adventist circles these days. If someone does not agree with us, some of us accuse them of apostasy. That is a strong word! Apostasy simply means a renunciation or abandonment of a belief, but yet it carries with it an even greater connotation within our circles, of abandoning God Himself.  Funny, some people put themselves in God’s place of defining heresy and apostasy, yet I don’t ever find Jesus accusing anyone in the Bible of being an apostate or heretic, so I am confused as to why so many of His professed followers have taken up the practice.

Prove all things; hold fast that which is good. 1 Thessalonians 5:21

In the mid 1800′s a group of Advent believers from many denominations sat down together with their Bibles. Rachel Oakes, a Seventh-day Baptist in that group introduced the Sabbath. The group found it to be quite Biblical so it was adopted by the group. The group found that the Baptist church was quite Biblical concerning baptism by immersion so that was adopted as well. However, the group found the immortality of the soul to be found nowhere in the Bible so that was not accepted. You see, this group did not say “Oh we don’t believe that! This is what the Baptists believe or that is what Catholics believe!” If we are going to use that logic we are going to have to give up the Sabbath because that is what Seventh-day Baptists believe! We would also have to give up the Trinity because that is what Catholics believe!

If our goal is to be the exact opposite of Catholics, then we are going to have to stop praying for loved ones in the hospital because that is what Catholics do. Actually we will have to stop running our hospital systems all together, because after all, having hospitals that provide compassionate care is something the Catholics do. And we don’t want to be like them, right? Friends, just because the Catholics do something does not make it wrong, and just because we do something does not make it right! Catholics are very reverent in their worship service. Shall we run and scream in God’s house just to prove we are not Catholics? Of course not! Like Paul said, we want to hold on to what is good instead of throwing the baby out with the bath water.

This message must be given, but while it must be given, we should be careful not to thrust and crowd and condemn those who have not the light that we have. We should not go out of our way to make hard thrusts at the Catholics. Among the Catholics there are many who are most conscientious Christians, and who walk in all the light that shines upon them, and God will work in their behalf.–Ellen White, Testimonies, vol. 9, p. 243.

Right and wrong is determined by the Word of God (2 Timothy 3:16) and not by religious denomination.

We are not to hold on to our beliefs because they are what our pioneers taught. If we do that then we are making an idol of our pioneers. We also become steeped in tradition if we only believe what our pioneers believe. It was never Martin Luther’s desire to bash Catholicism. It was his desire to take the Bible over tradition and the teachings of man. If we now set up our Adventist pioneers and Adventist traditions as the standard, then we are falling back into Babylon! The only way we can stay out of Babylon is to use the Word of God as our standard, instead of worshiping as idols the pioneers of our church even when they may be wrong, and bashing other churches even when they may be right!

Let’s be careful who we call apostates and what we call apostasy. Recently I have heard people saying the trinity is not an Adventist doctrine while it most definitely is! Many people are accusing other people of apostasy while they are in apostasy! So let’s be careful how we use that word, and not use it all if we can avoid it. It is not a word I read Jesus using. Let’s try to be more like Jesus.

Let’s not accuse someone of apostasy because they do something a Catholic or Baptist does. If we do, we will need to stop baptizing by immersion and having compassionate hospitals. Not everything they do is wrong and not everything you do is right. Let’s just go by the Bible.

You may study and discuss this week’s Sabbath School lesson here.