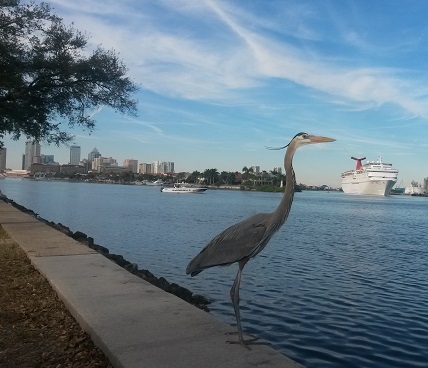 And God saw that the wickedness of man was great in the earth, and that every imagination of the thoughts of his heart was only evil continually. And it repented the LORD that he had made man on the earth, and it grieved him at his heart. Genesis 6:5-6

Here we see God’s idea of repentance. When God repented that He had made man on earth, He wiped man out with a flood and started all over with Noah’s family. God’s example of repentance includes change. God repented by changing what He had done. The American Sign Language sign for change is making the “c” sign and twisting your hands signaling a change. The sign for repentance is the same motion, but with the “R” sign. So when a deaf person (or hearing for that matter) sees the word “repentance,” they see “change.”

I saw a meme on Facebook the other day that I think says it best.

“Repentance is not when you cry. It is when you change.”

Unfortunately we can’t change ourselves.

Can the Ethiopian change his skin, or the leopard his spots? then may ye also do good, that are accustomed to do evil. Jeremiah 13:23

Fortunately God can change us!

Therefore if any man be in Christ, he is a new creature: old things are passed away; behold, all things are become new. 2 Corinthians 5:17

A while back I was convicted that I was drinking too many sodas. I prayed about it. I started drinking a lot more water, and then one day decided to “splurge” and have a Pepsi. That was a waste of $1.06, because after two sips it tasted so sickening sweet, I dumped the rest out and refilled the cup with water. God changed and converted my taste buds when I was totally powerless.

The repentant thief on the cross never actually said he was sorry (at least there is no record of it). He repented by changing his attitude and behavior towards Jesus. He called Him Lord and professed his faith in Jesus and the resurrection, while everyone else was still mocking Him.

God made no mistakes to be repented of, but in the story of the flood we see that when God changed something it was called repenting.