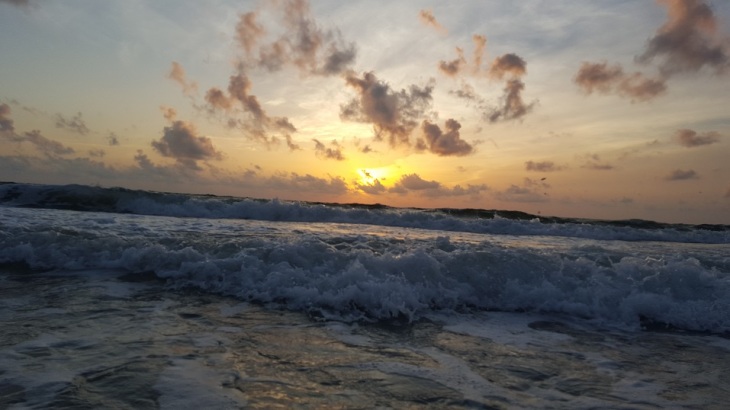 I’ve been told the beatitudes are building blocks to a complete conversion. I find it interesting that after we are filled with God’s righteousness, instead of seeing ourselves as holier than others, we become merciful.

Several nights ago, as I was falling into my bed to go to sleep for the night, I heard a loud crash followed up by a boom! boom! boom! thud! I looked out my window expecting to see another fender bender on the little street outside my home. Instead I saw a broken-down fence and upside-down car on the grass. The man inside the car got out okay. Apparently he made the turn from one residential street to another a little too fast.

Years before I would have thought to myself, what an idiot! How can you have such an accident on a little street, while making a simple maneuver! However that is not what I thought this time. True, he was going too fast, but over the years I have learned the lesson not to make fun of people who make silly mistakes, because just as sure as I do, I will turn around and do something twice as crazy! Instead of making fun of him, or scolding him, the rest of the bystanders and I just made sure he was okay and had what he needed while we waited for help to arrive.

At UPS John, a seminary student, worked with me as a sorter. He was very mild-mannered and never lost it, even in the most stressfull situations. One day our belt was getting overloaded and I asked the unloaders to wait for us to clear the belt before adding any more packages. They did not listen, and more and more packages overloaded the belt. I became angry and said some things I should not have said. I caught myself and told John I felt bad for reacting that way. He assured me that this was a very stressful job, even more so when the unloaders don’t listen to you. He was right, but I marveled that even though he understood and was sympathetic, he still never lost it. He sympathized with me with his words, but he rebuked me like a slap across the face by simply living out a better example! It wasn’t what he said, it was what he did that showed me there was a better way to live.

My pastor once suggested that it is best to be “liberal” towards others and “conservative” towards ourselves. Hold yourself to a higher standard while cutting those around you a little slack.

Jesus is our perfect example in constantly forgiving all those around Him.

Here are some words to live by.Just like Peter, you don’t have to worry about forgiving your friends too many times. No one will ever sin against you more often than you sin against Jesus, and you will never need to forgive anyone as often as Jesus forgives you. I am going to throw in the oldest cliche of all time, just because it fits so perfectly here. “To err is human, to forgive is divine.” To be Christlike we must hold ourselves to a higher standard, while at the same time forgiving those around us. Jesus is the only One who ever lived a perfect life, and while He did so He sympathized with and encouraged sinners.

Often He [Jesus] met those who had drifted under Satan’s control, and who had no power to break from his snare. To such a one, discouraged, sick, tempted, and fallen, Jesus would speak words of tenderest pity, words that were needed and could be understood. Others He met who were fighting a hand-to-hand battle with the adversary of souls. These He encouraged to persevere, assuring them that they would win; for angels of God were on their side, and would give them the victory. Those whom He thus helped were convinced that here was One in whom they could trust with perfect confidence. He would not betray the secrets they poured into His sympathizing ear. –Ellen White, Desire of Ages, Pages 91-92.

How ironic that the One who has never sinned would be the most sympathetic and understanding friend a sinner could ever have.