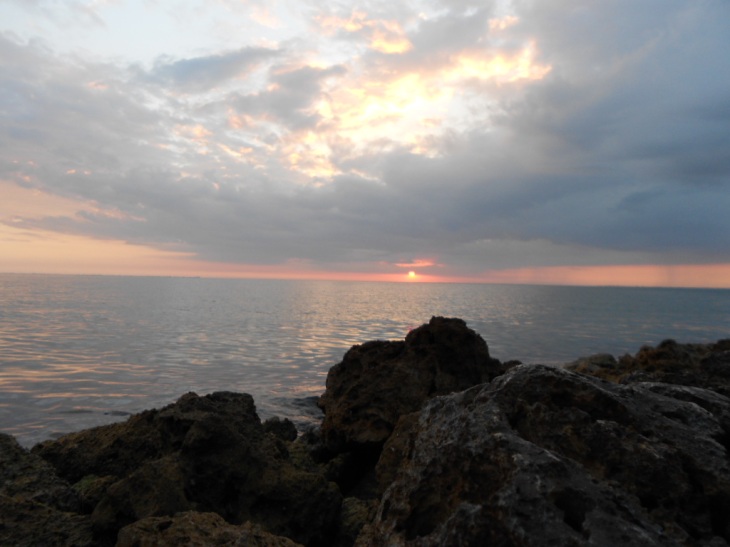 One day, while I was studying the Gospel Presenation with a retired couple, we read this verse.

For by grace you have been saved through faith, and that not of yourselves; it is the gift of God, not of works, lest anyone should boast. Ephesians 2:8-9 NKJV

The husband had been raised Catholic, and while many of my Catholic friends understand grace, he told me, when we read that passage, that it was the first he had ever heard of us being saved by grace alone, without any works. That moment was an ephiphany for him, just like when Luther read, “The Just shall live by faith” in the Bible chained to the dungeon wall.

He [Luther] entered the city, visited the churches, listened to the marvelous tales repeated by priests and monks, and performed all the ceremonies required. Everywhere he looked upon scenes that filled him with astonishment and horror. He saw that iniquity existed among all classes of the clergy. He heard indecent jokes from prelates, and was filled with horror at their awful profanity, even during mass. As he mingled with the monks and citizens, he met dissipation, debauchery. Turn where he would, in the place of sanctity he found profanation. “It is incredible,” he wrote, “what sins and atrocities are committed in Rome; they must be seen and heard to be believed. –Ellen White, Great Controversy, Page 125.

Luther knew full well good works don’t save us, but he also knew grace saves us from the power of sin as well as the penalty of sin. The Bible clearly teaches wherever we find grace, we also find, good works, obedience, and godly living.

For we are His workmanship, created in Christ Jesus for good works..

Grace produces the good works our strength and effort could never accomplish.

Through Him we have received grace and apostleship for obedience….Romans 1:5 NKJV

Grace produces the obedience our human nature could never render on its own.

For the grace of God that brings salvation has appeared to all men,  teaching us that, denying ungodliness and worldly lusts, we should live soberly, righteously, and godly in the present age, looking for the blessed hope and glorious appearing of our great God and Savior Jesus Christ, who gave Himself for us, that He might redeem us from every lawless deed and purify for Himself His own special people, zealous for good works. Titus 2:11-14 NKJV

Titus 2:11-14 painted a totally different picture of grace than the one Luther saw in Rome. Actually Luther did not see grace in Rome. He saw every kind of sin, and Titus 2:11-14 tells us grace enables us to deny sin and live godly lives in this present age.

My retired friend took hold of God’s grace, and after praying with a mentor in the church one evening, he left the bottle behind and entered the baptistry. Grace has saved my friend from the power of sin as well as the penalty of sin.