When I first came to the Plant City SDA Church, Pastor James and Elder Jerry Hill, had a game night/Bible study group for the youth in our community, none of which were members of the church. We would have games and snacks followed up with a Bible study. Occasionally we would go go cart racing or to a restaurant in the area. I noticed with no design of Pastor James or myself, that the game time became shorter and the Bible study time longer. The youth had a lot of questions and we enjoyed helping them find the answers in their Bibles.

I soon began a baptism class with the youth on Sabbath mornings, which transitioned into a New Believer’s class with Pastor James and myself as the co-teachers. 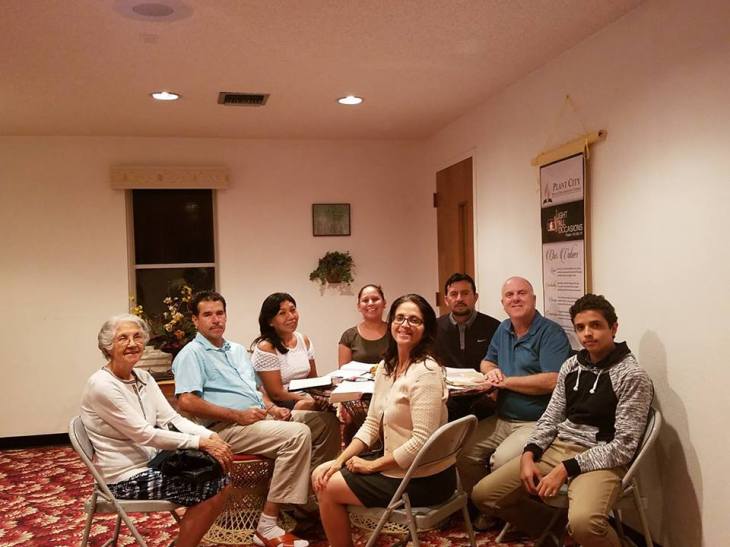 While we had the youth Bible study groups going on Wednesday nights, the parents would invite me to their home to study with them. After a couple years, the parents started meeting at the church to study with me, while the kids studied with Pastor James, and our youth night became a family night. It was during these studies that Elia, the grandmother, and Amalia, the mother decided they both wanted to be baptized with their children and grandchildren.

Lilly was the first to be baptized, so she could lead the way for her family. In our new believer’s Sabbath School class, Lilly asked if we might one day be put in prison for being faithful to God. I told her that was possible, but one way to make sure it never happens is to not be faithful to God. Lilly did not even consider that as a possible scenario. She could see herself in prison but she could never imagine being unfaithful to Jesus! 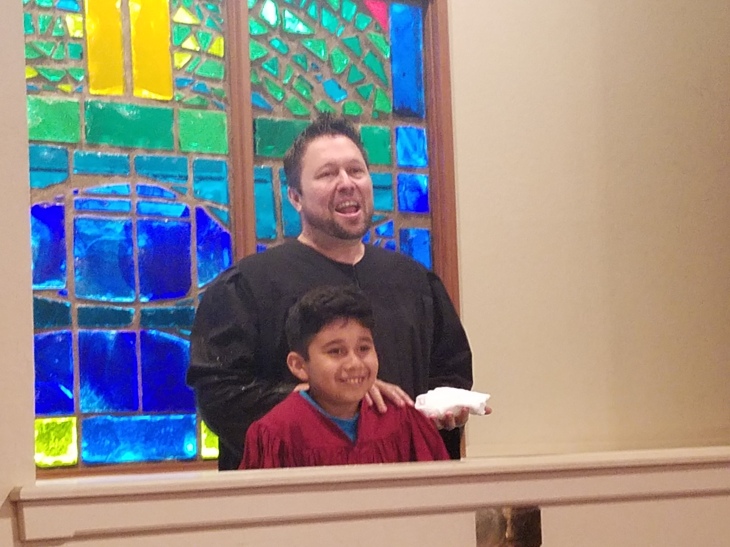 Long before being baptized, Antonio has been one of our most faithful ushers, taking up the offerings every Sabbath in church. Anytime he sees anyone setting up tables or chairs, or doing any kind of work around the church during the week, he pitches in to help before anyone has a chance to ask him. Long before baptism, Antonio had a strong sense of belong to the Plant City SDA Church, and the church belonging to him. Antonio loves Jesus and His church!

Yessiana was the first to express and interest in baptism, and has been a positive role model for her younger brother and sister, and for anyone wanting to know Jesus.  She is active in our Pathfinder club, especially when it comes to missions. She is earning her Bible marking badge in the Patfinders Bible marking class, and eagerly participates in all our community mission projects.

Every time I visit the home of Elia’s son and daughter-in-law Jose and Adella, and she is there, she loves to open the Word of God and have a Bible study. When we began the adult Bible study on Wednesdays at the church, she was the first to join. She also loves helping out with pathfinders, and is always helping out with fellowship lunches making sure everyone gets enough to eat and has a good time. She is the Abuela of everybody’s dreams.

Amalia loves to study God’s Word, and it was her idea for us to study the book of Revelation in our Wednesday Bible study. She wanted to follow the Bible exactly instead of tradition. When friends asked why she was making certain lifestyle changes, they asked if it had to do with the new church she was attending. She said, “No. It has to do with the Bible.” Amalia loves Jesus and wants to follow His example! 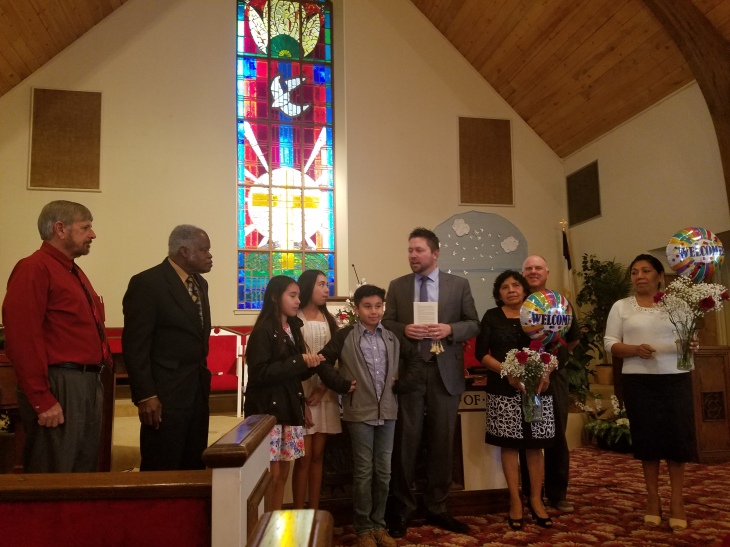 At the end of our service today, Pastor James welcomed our new members into the church, and gave them plants for each family. Pastor James explained that as plants need to be watered in order to grow and stay alive, so our relationship needs continual care, like personal Bible study, prayer and church fellowship, in order to thrive.

Don’t let the sun set on your life before giving yourself to the One who gave His life for you! If you are interested in baptism and following Jesus I would love to help you. I can be reached at racerthree@gmail.com

As always thank your for your much needed contributions to keep me sharing Jesus with others.