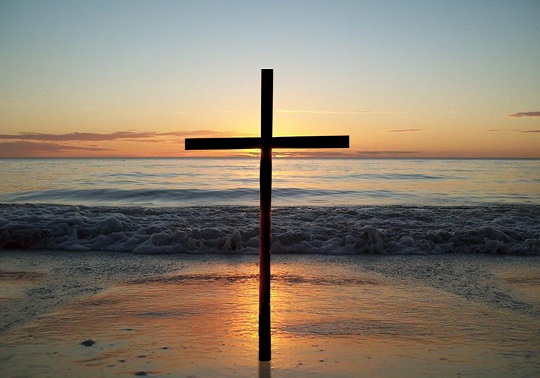 You may listen to the podcast version here.

People often insinuate that we had the law in the Old Testament but found grace in the New Testament. Fact is, the law and grace co-exist in both the Old and New Testaments.

“And Abram believed the Lord, and the Lord counted him as righteous because of his faith.” Genesis‬ ‭15:6‬ ‭NLT‬‬

“Well then, if we emphasize faith, does this mean that we can forget about the law? Of course not! In fact, only when we have faith do we truly fulfill the law.” Romans‬ ‭3:31‬ ‭NLT‬‬

Grace saves us from sinful living.

For the grace of God has been revealed, bringing salvation to all people.  And we are instructed to turn from godless living and sinful pleasures. We should live in this evil world with wisdom, righteousness, and devotion to God, while we look forward with hope to that wonderful day when the glory of our great God and Savior, Jesus Christ, will be revealed. He gave his life to free us from every kind of sin, to cleanse us, and to make us his very own people, totally committed to doing good deeds. Titus 2:11-14 NLT

I have heard statements condemning “cheap grace” and the idea that grace makes us free to continue willfully sinning. However I don’t think any of us wants “cheap grace.” I don’t believe we want to break God’s heart by continuing sinful addictions. I believe most of us want freedom from sinful addictions, because we love Jesus. Here is the good news. Grace breaks sinful addictions. Before I go into that, let me say this. A few years ago I went to my regular Bible study with a young man who had overcome a sinful addiction. He was very upset because after several good months he had a relapse. He was beyond discouraged, thinking he had out sinned God’s grace. I shared with him how Psalm 51:17 tells us God will never despise a broken and contrite heart. The number of times that heart has been broken or contrite before does not matter. God will never despise a broken and contrite heart, no matter how many times sin has broken that heart before. That is good news.

May I share some more Good news?  A few years ago I was walking in a nearby park. The park had a path for those fighting cancer. Every few feet there was a marker with an inspirational quote on how to cope with cancer. I remember one marker had a quote that simply read, “There are people who have survived every form of cancer.” Those simple words gives hope to everyone who has been diagnosed with any type of cancer. There are people who have survived the most deadly of cancers. Titus 2:14 reads, “He gave his life to free us from every kind of sin.” You may be struggling with an addiction that is overwhelmingly embarrassing to you. Don’t despair. Jesus has freed people from every kind of sin.

Through Him we have received grace and apostleship for obedience….Romans 1:5 NKJV

A preacher from the General Conference office (sorry I forget his name) was preaching years ago at an Oklahoma camp meeting. He told the story about how he was going to a breakfast diner before work one morning and saw an empty parking space close to the restaurant. He also saw a car coming from the other direction towards the same space. His first reaction was to step on the gas and get int here before the other car could. However, he explained that He had submitted himself to Jesus that morning. Instead he eased off the gas, let the other car take the space as he parked much farther away. When he entered the restaurant the man who got the closer space was waiting to be seated. He thanked the preacher for letting him have the closer parking space. The preacher told him, “That wasn’t me.”  The man inquired, “Then who was it?” The preacher replied, “It was Jesus. I would have taken the closer parking space!”  Galatians 2:20 tells us it is Jesus who lives in us and does all the good things. It is not us.  Salvation by grace is a practical salvation, where grace gives us real and practical obedience.

For by grace you have been saved through faith, and that not of yourselves; it is the gift of God, not of works, lest anyone should boast.  For we are His workmanship, created in Christ Jesus for good works, which God prepared beforehand that we should walk in them. Ephesians 2:8-10 NLT

In the  90’s I watched a documentary by Oprah Winfrey on child abuse. Abuse victims gave their testimonies. In many cases their abuser had been abused as a child. In several cases the abuser was a “pillar” in the church. I observed that this epidemic was handed down from generation to generation even in the church. Around this time I had seen bumper stickers reading, “Christians aren’t perfect, just forgiven.” I wondered if that alone was really good news. If Christians are only forgiven, that means the child abuse epidemic is doomed to continue from generation to generation in the church. But God’s grace can free us from the cycle of abuse. It does not have to continue from generation to generation in the church. The same documentary had a story about a girl who was abused by her father. The father had served his sentence and had been rehabilitated to the point that he and his daughter were enjoying a healthy relationship. Now I have to be honest. Even though I share this, I believe the vast majority of abuse victims will never be safe around their former abusers until we are inside the pearly gates. I discourage abuse victims from going back to their abusers, and I cringe when they do so. However, this one story in the documentary showed a young woman, who was abused as a little girl by her father, holding her father’s hands, smiling naturally and comfortably as they talked about his recovery and the total reconciliation of their relationship. By grace Christians are more than just forgiven. By grace we are saved from a sinful lifestyle. By grace Jesus lives His obedient life of Good works through us.