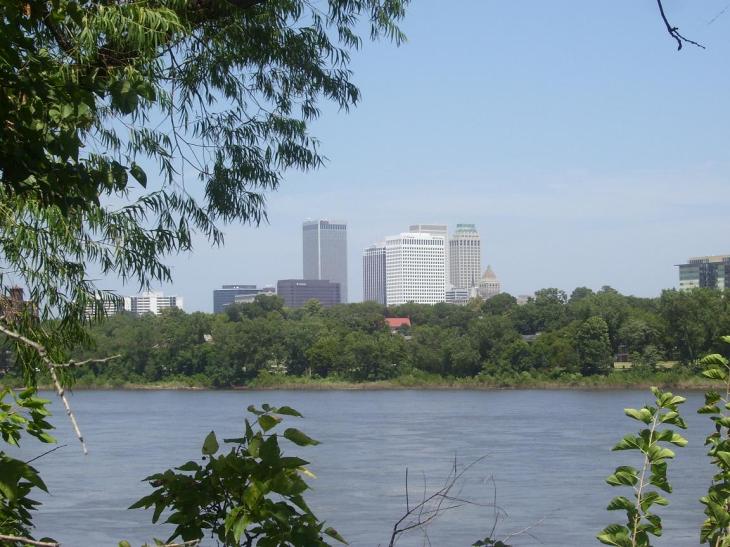 I am writing today from my beautiful hometown of Tulsa, Oklahoma.

But that doesn’t mean that the law has lost its force. It is easier for heaven and earth to disappear than for the smallest point of God’s law to be overturned. “For example, a man who divorces his wife and marries someone else commits adultery. And anyone who marries a woman divorced from her husband commits adultery.” Luke 16:17-18 NLT

As Adventists we love pointing out that Jesus said the law will never be changed in order to protect the Sabbath. But in this passage Jesus is not protecting the Sabbath. Jesus is upholding the law to protect marriage. As Adventists have we become lax in protecting the laws of marriage and remarriage? Have we placed such undue pressure on ourselves and others to be married, that we have compromised Biblical guidelines to make marriage and remarriage easier? I am just asking. If the answer is no, then hallelujah. However I have counseled with Adventist friends who were so desperate to get married that even though their Adventist parents warned them against marrying a non believer, they went ahead anyway with the attitude of “I must be married at any cost.” Not long after the wedding they were staying home from church with their non-believing spouse. I have seen it go the other way too. An elderly lady told me about her late husband, who was an Adventist, but just days before the wedding found evidence that he was Adventist in “name only” as she put it. She decided to break the engagement, but her own father told her he had already spent too much money on the wedding and forced her to go with it, which resulted in over 40 years of heartbreak and misery. In the former case the problem was someone pressuring themselves to get married. In the latter it was someone pressuring someone else to get married.

When I was a teenager I attended an Adventist church which had a scandal involving the academy chaplain.. Three husbands were caught cheating and swapped wives, and then they immediately moved to an Adventist college community that was much larger, where they could disappear.

Once the dust settled, a single friend in her 30’s asked, “How do these people have multiple affairs when I can’t even find one?” Over the years I have wondered the same thing. While I am still waiting on a special woman with whom I am spiritually and socially compatible, I see other people divorcing and remarrying like free agents switching sports teams. All I can figure is they are more obsessed with marriage than I am.

But I digress. It is not about me. It is about the Bible. In the book of Ezra the leaders and people repented of their marriages to unbelievers by sending them back. In 1 Corinthians 7 Paul tells those married to unbelievers to stay married. Here is what I see is the difference. In Ezra they were believers before they got married. Paul is addressing people who were married before they heard about Christ and became Christians. So today there is a difference between someone already being a Christian and marrying a non-believer, and someone who is already married and then becomes a Christian. The former is choosing to be unequally yoked. The latter is not.

I have had people defend Christians marrying unbelievers by saying the unbelievers may become believers later. It has even happened they say. Here is a classic example of how people let human reasoning win over the Bible. “Sure enough the Bible says not to be unequally yoked, but I have some stories to prove the Bible wrong” so they say. Years ago I preached from 1 Corinthians 7 on how Paul said a man can serve God better by being single. After church a woman came up to me to tell me that was wrong. Now it doesn’t surprise me a bit when people tell me I am wrong, but when they tell me a Bible passage is wrong, that really gets my attention. She explained that Jesus sent the disciples out two by two and so every pastor should have a wife with whom to give Bible studies. I had to point out that Jesus did not send the disciples out with their wives but with each other. And I had to ask, when was the last time you actually saw a married pastor out giving Bible studies with his wife? Her argument was totally unbiblical and based on human reasoning founded on the principle that has pressured many people into bad choices, which is “get married at any cost.”

Likewise the arguments in favor of marrying non-believers contradict the Bible. Furthermore it was the unbelievers joining the believers that diluted the nation of Israel in Ezra’s day. Likewise when unbelievers or non-Adventists  get baptized for the sole purpose of marrying an Adventist, it dilutes the integrity of the Church. Then it becomes so mainstream no one even notices or cares that the Advent message has become diluted. Now  non Adventists who gets baptized for the sole purpose of loving Jesus with all their heart before marrying an Adventist is a totally different story. I have seen that happen many times with positive results, and it is totally biblical.

I am not the least bit desperate to get married, but of course, my heart and eyes are open to the possibility, but only if I meet a seasoned Adventist lady who is deeply in love with Jesus. Over the years I have had people in the church tell me I am so picky I will never get married. So be it! I am perfectly happy the way I am. Just a few months ago I was having dinner with a friend at a restaurant. I told my friend that even though I am still open to getting married that I probably never will, because the older I get the more I think, “It’s been a wonderful life. Why risk making a bad decision and ruining it at the end?”  As soon as I said that ,the waitress who was about three tables away heard me, looked at me  and smiled, nodding her head in agreement. So I know I am not the only person who thinks that way.  By the way while the waitress and my friend both laughed, I was not joking. It is something I have seriously thought about.

The purpose of this article is not to discourage myself or anyone else from getting married. A lot of people –  single and married –  like to make jokes belittling the institution of marriage. Not me. I understand the biblical sanctity of marriage, and realize a biblical marriage is a beautiful blessing. The purpose of this article is to help people avoid the misery and heartache that is caused by the pressure inflicted by self or others to enter into unbiblical marriages or remarriages.