Preach the word! Be ready in season and out of season. Convince, rebuke, exhort, with all longsuffering and teaching. 2 Timothy 4:2 NKJV

Before baseball season begins there is spring training, where all the players get back into shape so they can perform at their highest level during the season. During the off-season they may have gotten a little out of practice and a little out of shape 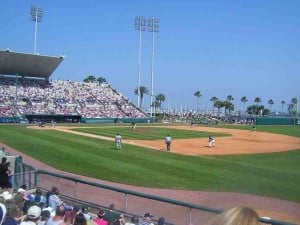 I imagine the break in sports during the recent COVID-19 quarantine may have been a little frustrating for the players not knowing when and if they were going to play again this year. I suppose they had to stay in shape and be prepared when and if the season would resume, which it finally did.

However Paul tells us there is no off season when it comes to preaching the Word of God. We must always be prepared during season and even during off-season. How do you stay prepared to preach the Word of God, especially if you are not a preacher?

About 30 years ago I was talking with a fellow preacher about doing sermon preparations. We were talking about how every elder should have a sermon in his hip pocket in case the scheduled speaker gets sick suddenly and can’t preach. However elders are not the only people called upon to preach. Stephen, a deacon in the book of Acts, was stoned to death and it wasn’t for adjusting the church thermostat. It was for preaching an impromptu sermon that cut the hearts of the listeners. Stephen was prepared because he was obviously well-read. My fellow preacher friend made the comment that, as long as you are well-read you will always be ready to preach. As you are constantly searching the Scriptures daily (Acts 17:11), you are constantly finding new treasures (Matthew 13:44) that you can share on the spur of the moment.

I have found this to be true. Several times in my ministry I have been asked to speak somewhere on the spur of the moment for various reasons. The pastor’s car broke down on the way to church. The pastor became suddenly ill. One time I was on vacation and showed up unannounced at a church where the pastor recognized me, and he decided my presence created an impromptu opportunity for him to finally sit with his wife during worship service. So he asked me to preach. Each time it would have been very easy to just reach way back to an old sermon I used before. While that has happened, of course, more times than not, when I am asked to preach on the spur of the moment, I share with the congregation the treasures I have been finding as I am studying God’s Word during that current week.

Being humble enough not to preach even when prepared

Several years ago I was on the platform ready to preach when I saw the conference publishing director walk into the sanctuary, looking at the bulletin with a distressed look on his face. He was not scheduled to be there, but the look on his face told me that he thought he was supposed to be scheduled. So I left the platform and greeted him and asked him if he thought he was preaching today. He said he thought he was, but apparently was confused. I gladly told him to go ahead and preach, even though I was just moments from delivering the sermon I had prepared all week.

Just a couple years ago a gentleman showed up who was the boyfriend of one of our church members. He thought his girlfriend had made arrangements with the pastor for him to preach that Sabbath. She had not. The pastor was there and ready to preach his prepared sermon but gladly told the young man to go ahead and preach his sermon instead. A good Christian will always have the courage to preach the Word of God, while a good humble Christian will also not let his ego get in the way of letting another good humble Christian preach the Word of God.