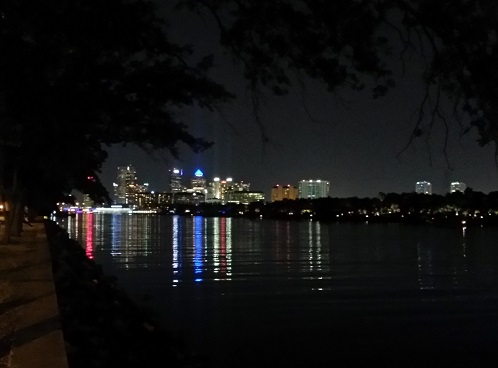 Then he said to the crowd, “If any of you wants to be my follower, you must turn from your selfish ways, take up your cross daily, and follow me. Luke 9:23 NLT

In Jesus’ time and place, people picked up their cross just like Jesus did to go and die. Jesus said this must be done every day. Years later He told the Church of Smyrna

But if you remain faithful even when facing death, I will give you the crown of life. Revelation 2:10 NLT

I have to wonder if people fully grasp what Jesus meant by, “take up your cross daily” and “remain faithful even when facing death.” I fear I live in an age with a very shallow concept of faithfulness. Athletes change teams as easily as changing underwear. People promise at the altar to love until death, but disappear when the next flirt comes along. Today’s employers don’t even want faithful long term employees, because they don’t want to pay anyone enough to be faithful to their company.

I fear we live in an age where everything is supposed to be convenient. Suffering long simply means waiting a couple seconds for a webpage to download. When was the last time you heard baptismal vows read before a baptism? How many know what baptismal vows are? Its easy to be faithful when there is no standard to be faithful to. God said, “Let us Create man in our own image” and for the last six thousand years, we have been saying, “No! Let’s create God in our own image.” Its easier to be faithful when we are the ones who make the rules.

Yet in an age of shallow faithfulness and outright selfishness, John see that God has produced a special people like no other people before.

They have kept themselves as pure as virgins, following the Lamb wherever he goes. Revelation 14:4 NLT

The Lamb went to the cross and gave up His life. Am I right in assuming this is included in “Following the Lamb wherever He goes?”

Now, while I’m whining and even meddling, about people not understanding what it means to be faithful, there are people dying for their faith around the world in the face of terrorism. While I look around and question if others are living up to their conscience and convictions, God is tapping my shoulder and telling me, “Why are you so worried about everyone else? William, you are not exactly the best Christian I have on earth right now. Not even close. I have seven thousand who have never bowed the knee to Baal, and to be honest William, you are not one of them! Why don’t you pray for yourself while praying for everyone else?”

There are people in every church from Adventist to Catholic, and every church in between who know what it means to take up their cross and be faithful, even in the face of death. And here I am sitting in my cozy house on my nice comfy chair with my laptop just typing about it. What a wimp I am! And to think I’m the one wondering if everyone else knows what it means to be faithful! I think I still have a few things to learn about sacrifice and faithfulness. How about you? 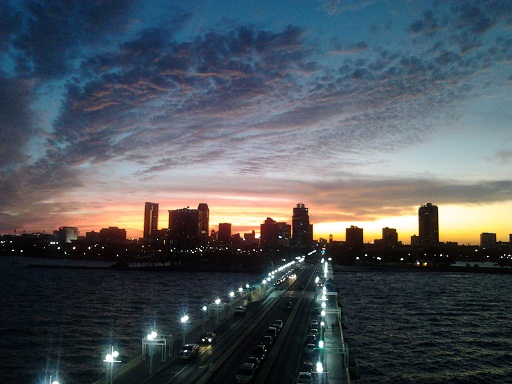 I am writing this morning from the beautiful Tampa Bay area.

And at the ninth hour Jesus cried with a loud voice, saying, Eloi, Eloi, lama sabachthani? which is, being interpreted, My God, my God, why hast thou forsaken me?  Mark 15:34

John Huss sang hymns of praise while he was burning at the stake. If Huss could sing as he died for his faith, why wasn’t Jesus singing songs as He died too? Why was He instead crying out, “My God, My God, why have You forsaken Me?” The answer is because Jesus died a totally different death than Huss died. Huss died knowing he was accepted of the Father. Jesus died feeling forsaken by the Father so we could be accepted. Jesus had always called God his Father. “I and my Father are One.” In my Father’s house are many mansions.” I always do those things that please my Father.” But when Jesus was on the cross, He could not call God His Father, and He cried, “My God, my God, why hast thou forsaken me?”

If you are in the Tampa Bay area, I would like to invite you to a special agape feast, and communion service Friday night, January 6, at 7pm, at the Tampa First-Seventh-day Adventist Church.  Pastor Brad Cassell will be leading us in this service.

Please click here to find a church to celebrate God’s agape love anywhere in the world. 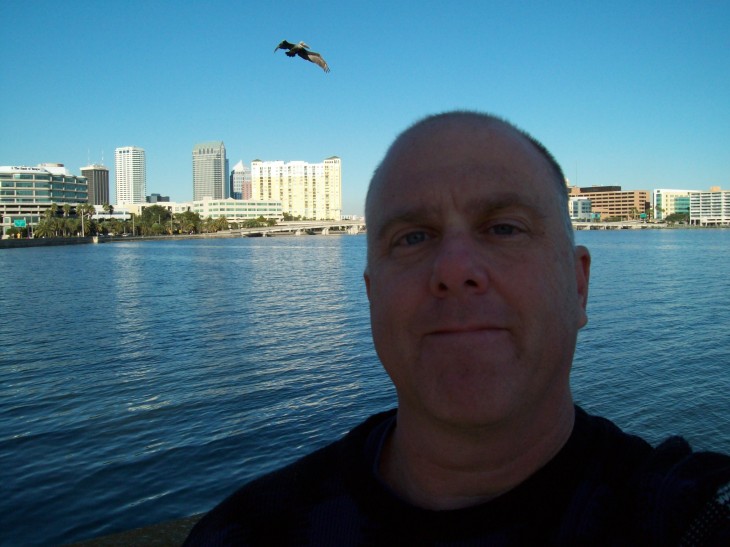 Acts of the Apostles Chapter 10

As the priests and rulers saw the power that attended the preaching of Stephen, they were filled with bitter hatred.

Wait a minute! Why would a humble little deacon filled with the Holy Spirit make pious religious leaders so hateful and bitter? Is someone jealous here? You know you have to give it to Eli. Even with all his faults, when Samuel kept getting up in the night thinking Eli was calling him Eli finally told little Samuel that God must be calling him. That was great humility on Eli’s part. Most of the religious leaders of his day and ours would have thought there was no way God would be calling little Samuel. If it was the voice of God he would be calling me not him.

Instead of yielding to the evidence that he presented, they determined to silence his voice by putting him to death. On several occasions they had bribed the Roman authorities to pass over without comment instances where the Jews had taken the law into their own hands and had tried, condemned, and executed prisoners in accordance with their national custom. The enemies of Stephen did not doubt that they could again pursue such a course without danger to themselves. They determined to risk the consequences and therefore seized Stephen and brought him before the Sanhedrin council for trial.  {AA 98.1}

As Stephen stood face to face with his judges to answer to the charge of blasphemy, a holy radiance shone upon his countenance, and “all that sat in the council, looking steadfastly on him, saw his face as it had been the face of an angel.” Many who beheld this light trembled and veiled their faces, but the stubborn unbelief and prejudice of the rulers did not waver.  {AA 99.1}

When Stephen reached this point, there was a tumult among the people. When he connected Christ with the prophecies and spoke as he did of the temple, the priest, pretending to be horror-stricken, rent his robe. To Stephen this act was a signal that his voice would soon be silenced forever. He saw the resistance that met his words and knew that he was giving his last testimony. Although in the midst of his sermon, he abruptly concluded it.  {AA 100.1}

Suddenly breaking away from the train of history that he was following, and turning upon his infuriated judges, he cried: “Ye stiff-necked and uncircumcised in heart and ears, ye do always resist the Holy Ghost: as your fathers did, so do ye. Which of the prophets have not your fathers persecuted? and they have slain them which showed before of the coming of the Just One; of whom ye have been now the betrayers and murderers: who have received the law by the disposition of angels, and have not kept it.”  {AA 100.2}

At this, priests and rulers were beside themselves with anger. Acting more like beasts of prey than human beings, they rushed upon Stephen, gnashing their teeth. In the cruel faces about him the prisoner read his fate; but he did not waver. For him the fear of death was gone. For him the enraged priests and the excited mob had no terror. The scene before him faded from his vision. To him the gates of heaven were ajar, and, looking in, he saw the glory of the courts of God, and Christ, as if just risen from His throne, standing ready to sustain His servant. In words of triumph Stephen exclaimed, “Behold, I see the heavens opened, and the Son of man standing on the right hand of God.”  {AA 100.3}

There are many references in the Bible to Jesus sitting on the throne or by God. However, when Stephen is being stoned for his faith this is something Jesus will not take sitting down. We see Jesus standing up for Stephen because Stephen was standing up for Jesus! Friend even if no one else stands with you when you stand for the right, Jesus will stand with you!

As he described the glorious scene upon which his eyes were gazing, it was more than his persecutors could endure. Stopping their ears, that they might not hear his words, and uttering loud cries, they ran furiously upon him with one accord “and cast him out of the city.” “And they stoned Stephen, calling upon God, and saying, Lord Jesus, receive my spirit. And he kneeled down, and cried with a loud voice, Lord, lay not this sin to their charge. And when he had said this, he fell asleep.”  {AA 101.1}

The dead know not anything and so the next thing Stephen will know is the resurrection. Stephen was not afraid when he was being killed. Stephen knew at that point, heaven was just a stones throw away!

You may find more studies and devotionals at In Light of The Cross.