Monday’s section of this week’s lesson, reveals the relentless love of God. For me, here is the key verse.

But then I will win her back once again.
I will lead her into the desert
and speak tenderly to her there. Hosea 2:14 NLT

I am so thankful for parents who understand this. I wish all parents understood this is the way to win their children’s loyalty to God and to themselves 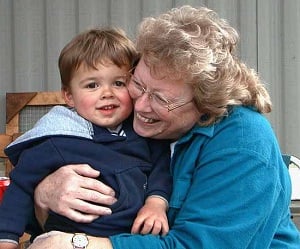 Several years ago I was preaching for Father’s Day, and I had a few people, young and old, tell us what they liked about their fathers. One young man, about 12 years old, gave a powerful, heartfelt tribute to his dad, even saying “nobody reminds me of Jesus more than my father.”

That same Sabbath morning, the son was offered some cookies in his Sabbath School class which he gladly took. His father saw him eating the cookie and starting publicly berating him and telling him how sinful it is to eat in church! (News to me!) The son could not hide his hurt and humiliation. The son definitely was not trying to be a hard-hearted rebel by taking a cookie just like everyone else. I know the father meant well too, but you don’t have to be a parent to know that publicly embarrassing and humiliating your child is not a good thing to do. Remember, Jesus worked His first miracle, turning water into wine for no other reason than to save the host from public embarrassment. It would not have killed them to just drink water, but Jesus is a Savior from public humiliation and embarrassment. It is not one of His tools.

Not long after this, the father called me up and wanted me to lecture his son because he was becoming defiant. I came to their home as requested, but the talk did not actually go the way the father expected. The father was accusing the son of being disrespectful. With father and son both present, I asked the son about the beautiful tribute he gave to his father. Both agreed that was very nice and respectful. I then asked the son how he felt when later, his father publicly berated him for eating a cookie just like everyone else. He said it was very hurtful and you could see the hurt in his eyes as he said that. I shared Hosea 2:14 with them both and asked the father if he thought he could be a little more tender when correcting his son. I was not asking him to change his standards, just his approach. But I did share with the father that I was unaware of any Bible teaching against eating a cookie in church. Being a father is a very sacred calling, and I did not want to distract from that or appear to try to trump him. However I did encourage him to follow 2 Timothy 3:16 and be sure to correct his son according to Scripture.

Tears were in the son’s eyes by now as I explained to the father how much his son loved him, and how hurt he was, when publicly humiliated for doing something he thought was totally innocent, with no rebellious intentions. I assured the father that his son would not have written such a loving tribute if he did not deeply love and respect him. His son nodded in agreement with tears still in his eyes.

I thought the father was going to turn on me now for not ganging up with him on his side, but, instead, he actually thanked me! I know the father had a good heart and really cared about his children. Why else would his son write that no one reminded him more of Jesus than His father?

But then I will win her back once again.
I will lead her into the desert
and speak tenderly to her there. Hosea 2:14 NLT